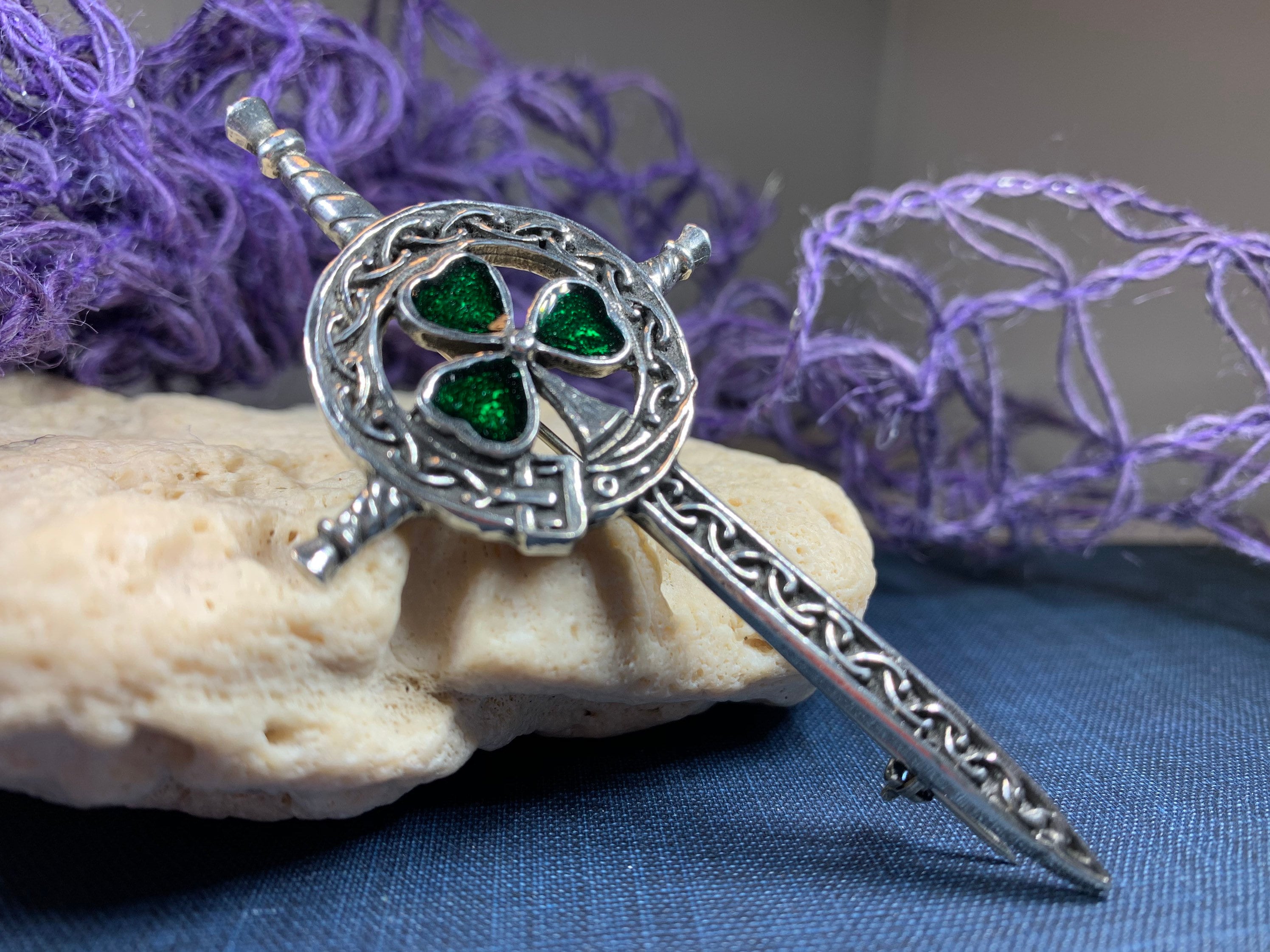 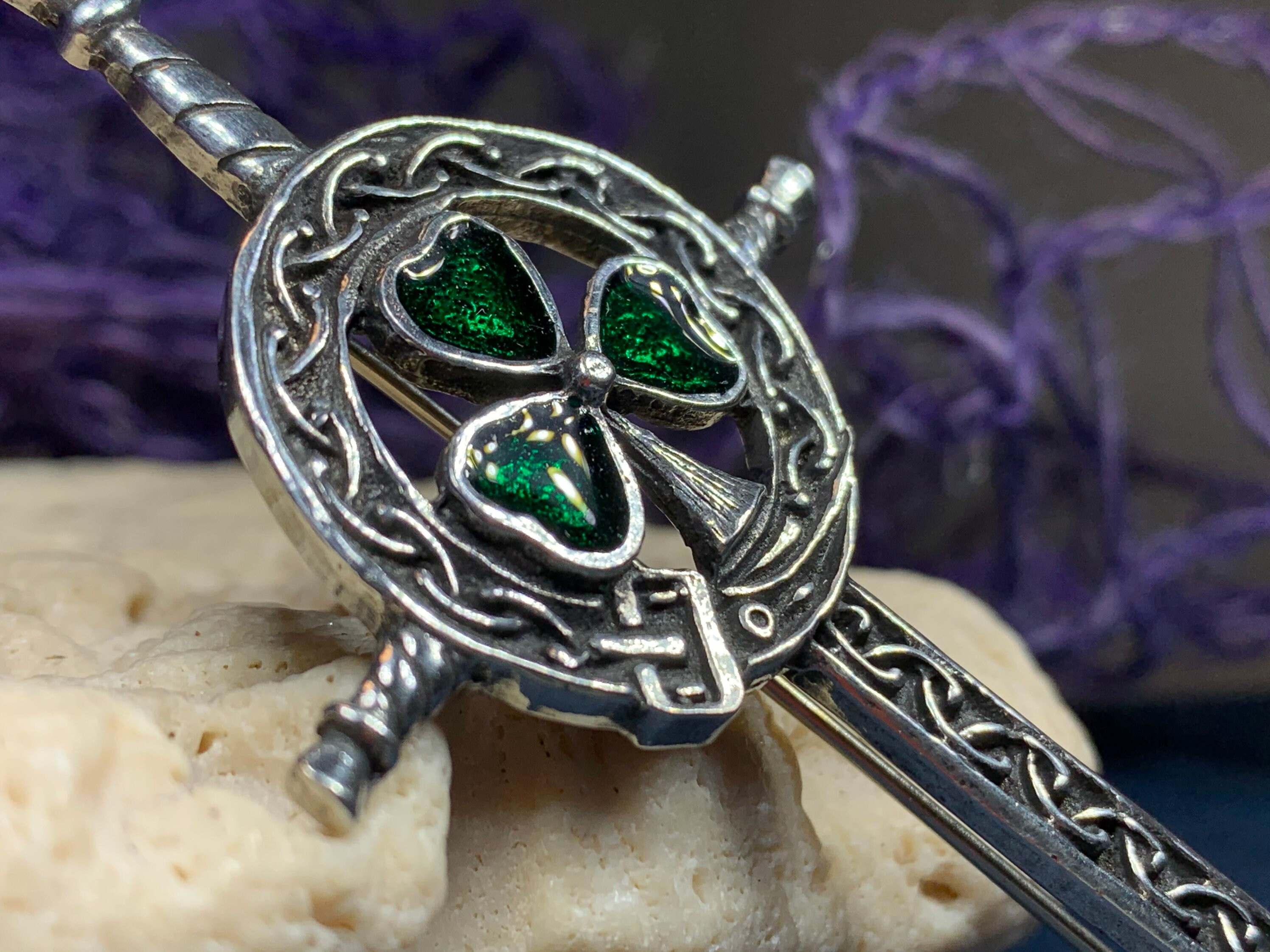 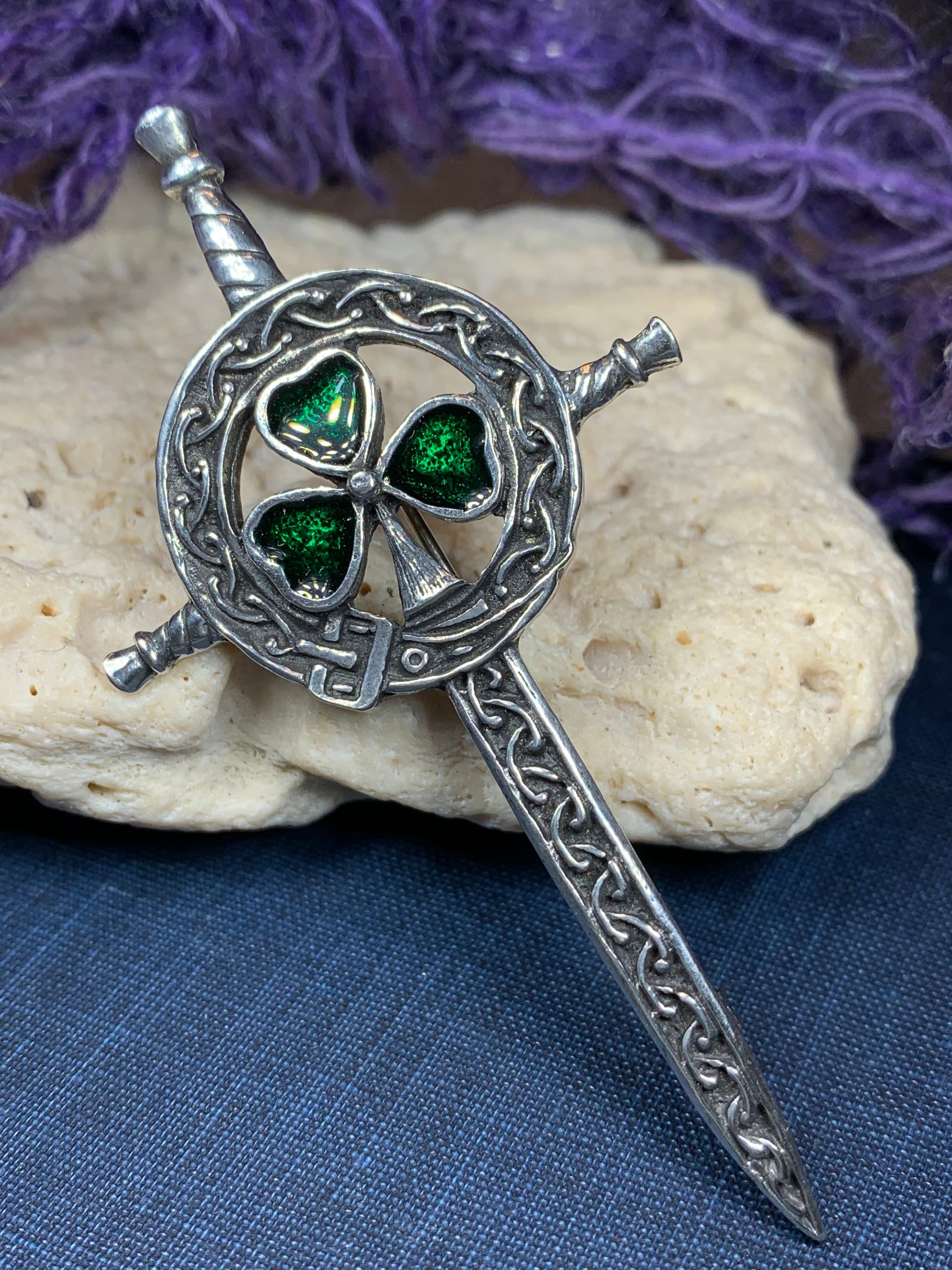 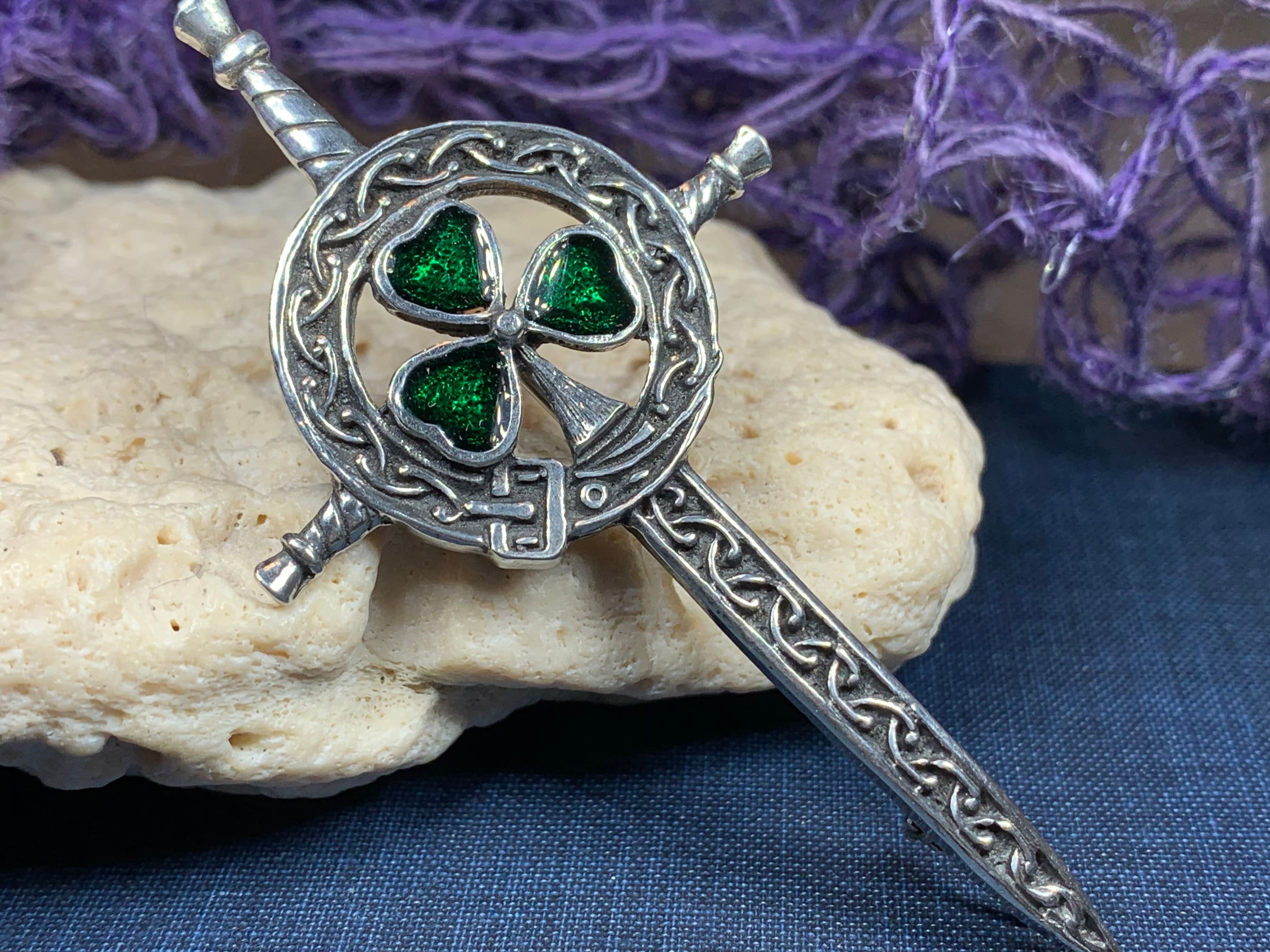 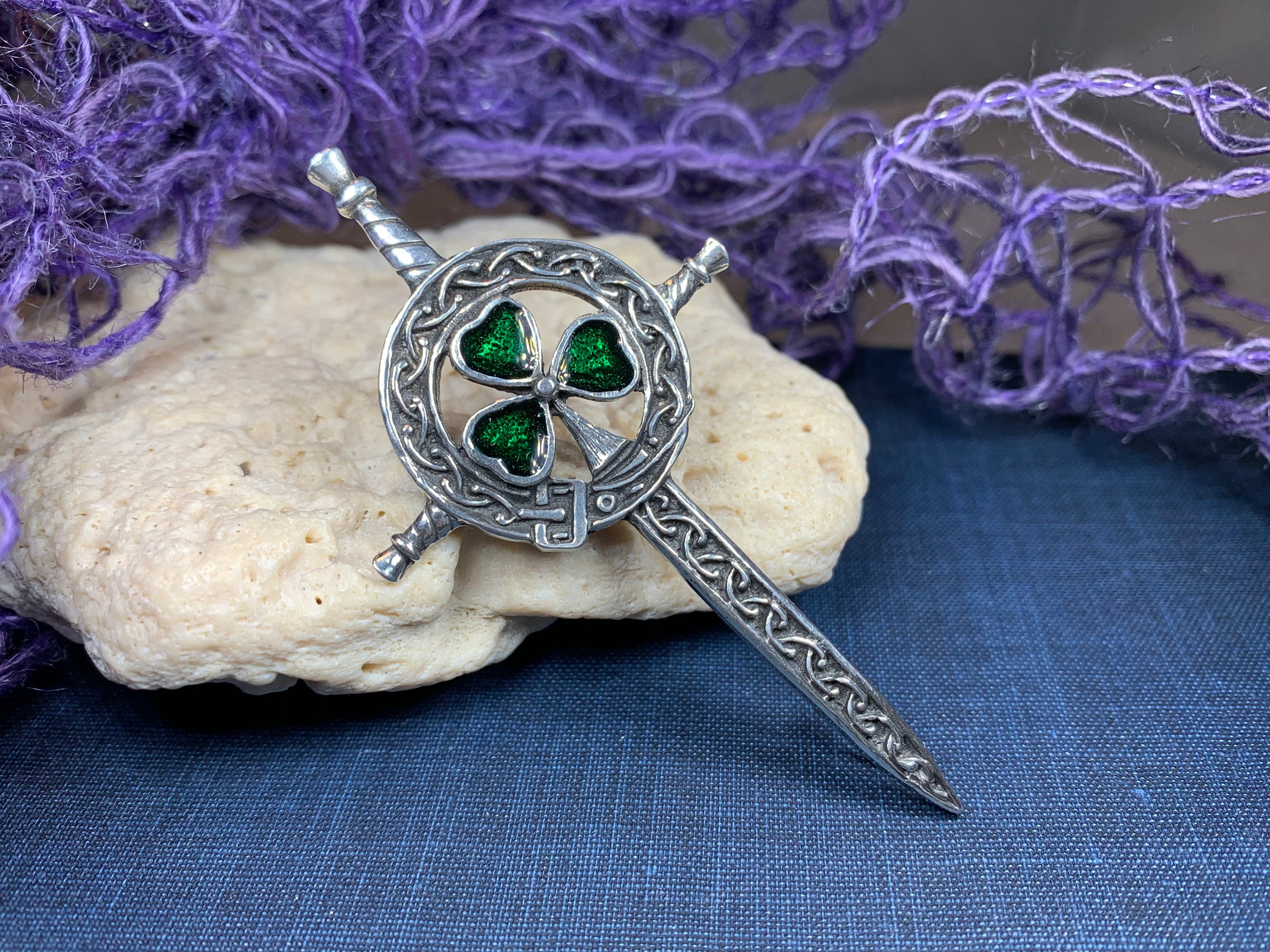 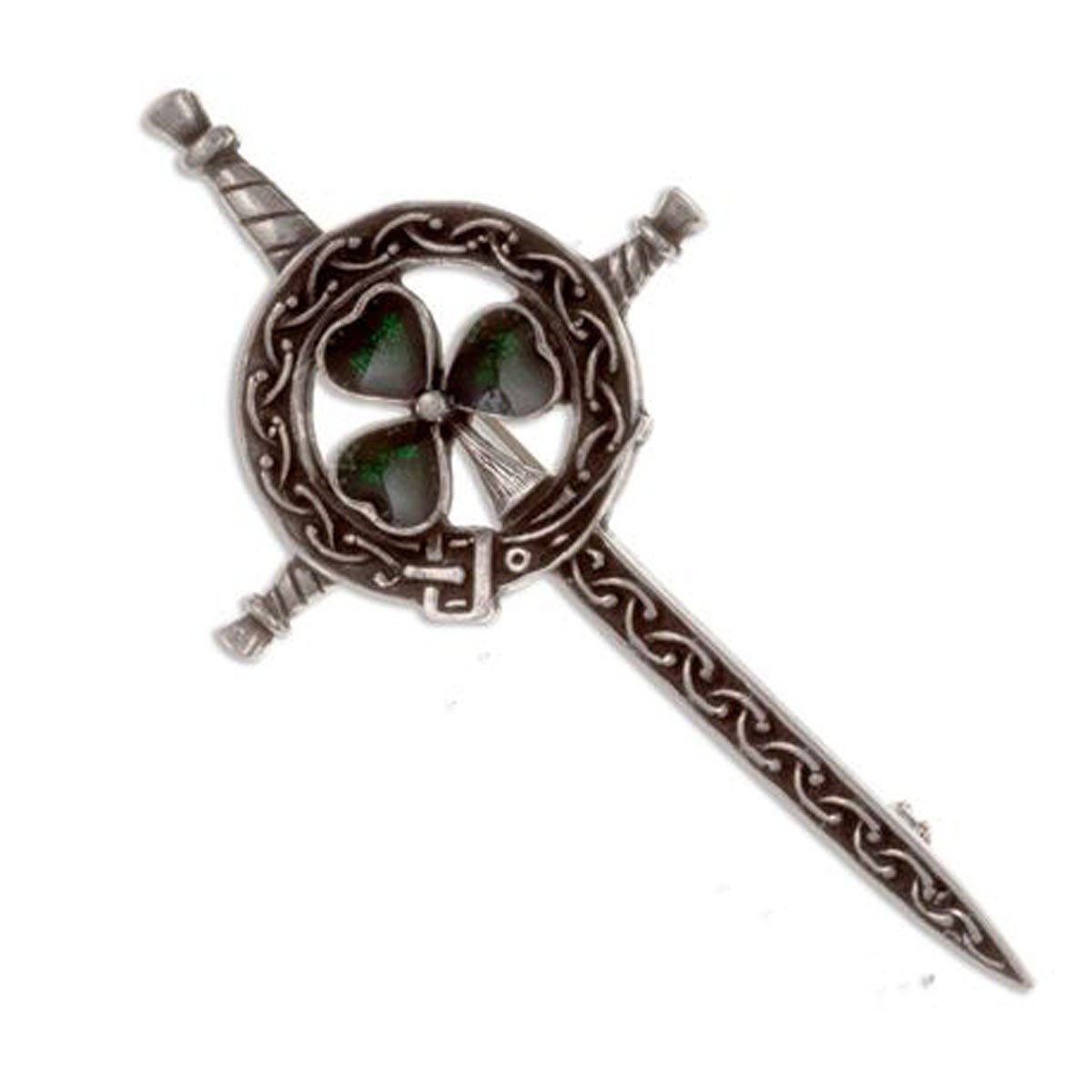 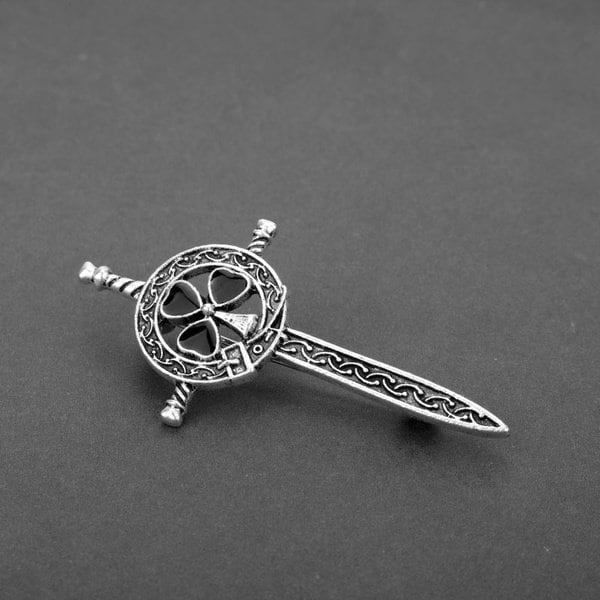 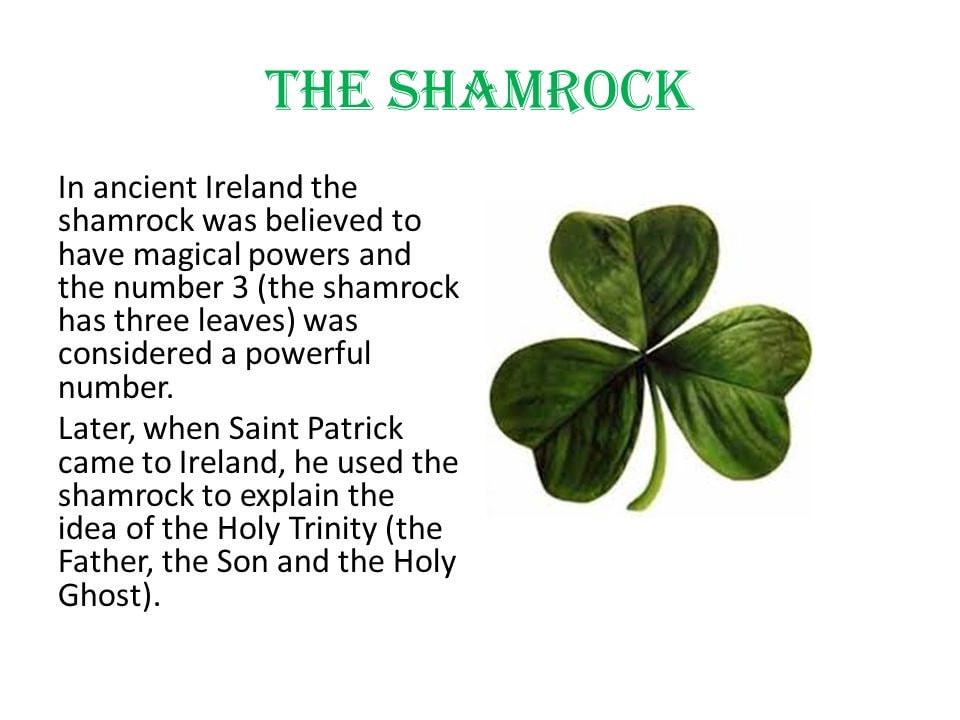 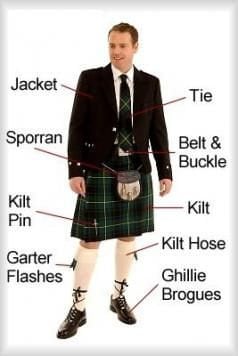 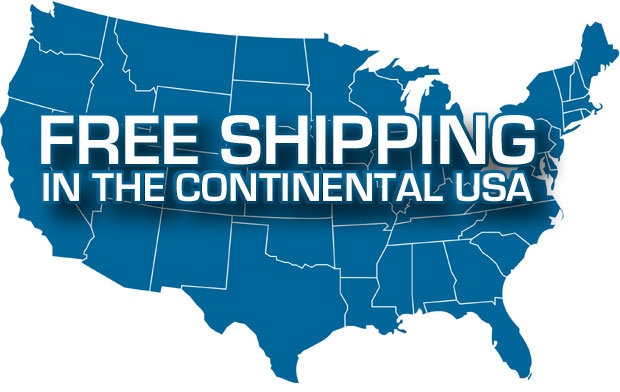 A truly beautiful kilt pin with an enamel shamrock - this sword features beautiful Celtic knot work detailing on the the hilt of the sword, all in antiqued pewter.

Kilt pins are NOT just for kilts! This pin is made with an extra strong pin to handle thicker fabrics - making it the perfect pin for coats, jackets, skirts, hats or anywhere else a pin would look beautiful. It is a great pin for a ladies cape or ruana wrap!

How and why do I wear a kilt pin?

Ever since Queen Victoria reputedly used her hat pin to secure her kilted skirt modestly on a blustery day, a kilt pin has been worn with a traditional kilt. Its style is entirely a matter of your personal choice. It should be on the right hand side of the kilt, pinned through the front apron only (to prevent tearing) about 4 inches from the bottom of the kilt and 2 inches in from the fringe.